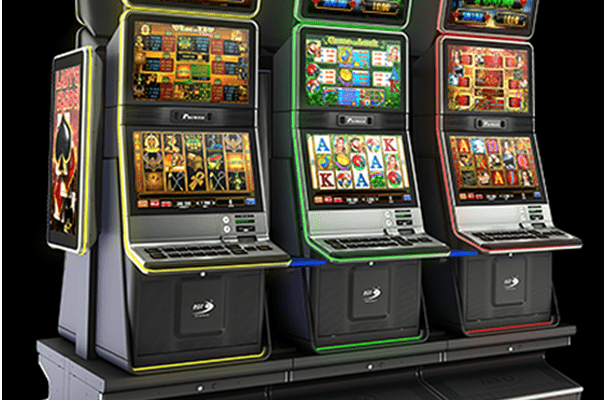 EGT pokies machines are developed by EGT (Euro Games Technology) Interactive gaming company. Their presence in the gaming company is not new as they are in the market for over 15 years now. With representation in more than 85 countries their games are known by players worldwide. The pokies machines have attractive RTP, high execution quality and the Mystery Jackpot features which attract every type of player.

This gaming company was launched in 2002 and the pokies machines have good graphics, bonus features as well as progressive jackpots. The EGT Interactive portfolio includes video pokiess, roulettes, video pokers, keno and new variety of games are constantly being developed.

EGT pride themselves on producing products of consistently high-quality and reliability, and they are the proud owners of International certificates presented by regulatory agencies including GLI & SIQ. These showcase evidence that EGT`s products are in-line with the strict legislative requirements of the various worldwide gaming jurisdictions.

Their portfolio of pokies games includes plenty of enjoyable retro pokies and a range of ever evolving games. Some of the best EGT pokies machines are:

Some of the other popular EGT pokies are Grace of Cleopatra- five-reel pokies on the Egyptian theme. The developer’s game portfolio includes other developments devoted to Egypt, for example, Dice of Ra and Great Egypt. Like other developers, EGT pays due attention to the classical format. Such games as Burning Hot, Fruit’s Kingdom, Flaming Hot, and Supreme Hot are highly popular among the fans of traditional one-armed bandits. EGT continues to create pokies dedicated to the ancient theme. They include Age of Troy, Olympus Glory, and Story of Alexander. The game portfolio also includes pokies about animals, like as mentioned above 100 Cats, 50 Horses, and Cats Royal. Fans of historical subjects can appreciate games such as Aztec Glory, Magellan, and Mayan Spirit. Other pokies include Aloha Party, Dragon Reels, Game of Luck, Route of Mexico, and many others. This means there are various other outstanding pokies games to enjoy at the machines of EGT.

EGT P24 is a refurbished multi game pokies machine. The pokies games you can find at this machine cabinet are 5 Dazzling Hot, Action Money, Age Of Troy, Extremely Hot, Grace of Cleopatra, Magellan, Majestic Forest, Ocean Rush, Olympus Glory, Rise of Ra, Route of Mexico, Versailles Gold and Zodiac Wheel. There are various types of cabinets categorized into general, premier, AWP, VIP, Curved, and Jackpot pokies machines. Different options and finishings are possible when you buy these cabinets such as stand alone games or multi games such as vega vision Classic or Premier. Also will adapt the bill acceptors on the machines to accept your local currencies, coin handling on request.

Where to buy EGT pokies machines for sale?