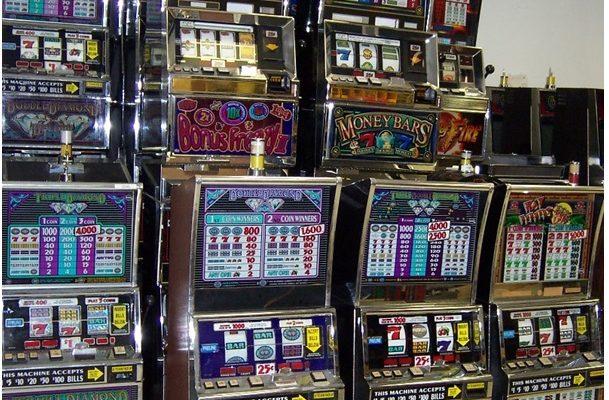 International Game Technology PLC (IGT), is a multinational gaming company that produces pokies machines and other gaming technology. The company is headquartered in London, with major offices in Rome, Providence, and Las Vegas.  IGT has operations in more than 100 countries worldwide, and marked its entry into the world of gambling and casinos when it acquired Electronic Data Technologies in 1984. IGT was one of the pioneering companies in proliferation of the Frequent Player rewards program, and in computerizing player data for tracking.

In the following years, IGT introduced a number of new casino gaming concepts including S-Pokies, which marked the company’s entry into the spinning reel pokies market. IGT went on to introduce a number of new products including the Player’s Edge video poker machines and the highly popular Megabucks Pokies machines, which gave player a chance to win jackpots with a base amount of $1 million.

IGT S2000 Pokies Machine are a series of pokies machines developed by the company. To identify one pokies machine from another IGT has model identification because mostly all pokies machines look so much alike that if you don’t know what to look for then you probably just guess or go by what someone tells you that it is. Many of the games are available in more than one model of machine so knowing which machine is which is important. Following are some of the pokies machine identification series from IGT.

You can find some of the wonderful IGT S2000 pokies machines like Double Diamond Deluxe, Triple Diamond, Five Star, Wild Cherry, Wild and Lucky, Double Desire to name a few.

You need to have pokies machine parts for the repair and maintenance of a pokies machine. All the pokies machines come with user manuals listing the parts and pokies machine maintenance guide. Detailed information about individual machine components is described in separate sections of such manuals.
You will find and identify major machine assemblies and lists tools needed to perform maintenance on the machine, removal and installation procedures for machine door components, the optic door-open sensor and player panel switches. You also come to know how to disassemble and assemble for coin-in handling components, maintenance of the JCM world bill validator and transport/stacker assembly with hopper removal, installation, probe levels and maintenance procedures.
The ticket printer of the machine that covers paper and ribbon changing and general maintenance on the ticket printer also the power supply and the power distribution assembly. Also the processor board and the motherboard of the machine and about the assembling of the spinning reels.

Then comes machine glass, and the displays like vacuum fluorescent display (VFD), light emitting diode display (LED), and liquid crystal display (LCD) as well as the removal and installation of the mechanical meters  found in pokies machines.

Other IGT S2000 pokies parts are pokies handle, top box and processor tray fans, the bell and other few components that require the machine to run.

The other way you can ask for IGT S2000 pokies machine parts is to get one from IGT depot services that offer you authentic and IGT certified parts of high quality with 180 day warranty. But for this you need to contact the IGT and also become one of their members to avail this service. Therefore if you want the easy go and get the best deals to have IGT S2000 pokies machine parts then best option is to buy one from numerous online stores. After all you are going to use it in an old pokies machine to make it work and feel like new.

Finally for any standard pokies to repair you can go through our previous blog. Most of the machine parts are available online on the internet. You can even find local technicians to get your IGT S2000 pokies parts and even can be replaced by them.