Search
Home » Blog » How to convert Pachislo to Quarters and Tokens to Quarters in Yamasa pokies machines? 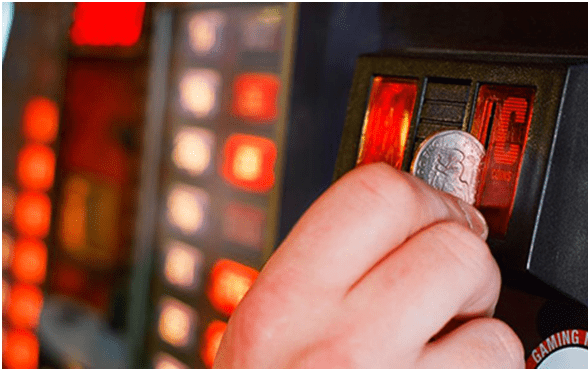 There are lots of Japanese pokies machines on sale at various online sites including eBay. The Japanese parlors that feature the vertical pinball machines known as pachinko usually have a section devoted to pokies, or pachislo machines, which bear a passing resemblance to Vegas-style pokies machines. Thus a Pachislo machine is the Japanese version of the Australian pokies machine. These machines are available in Australia for recreational use and are referred to as “skill stop,” meaning the player determines the location the reels stop, as opposed to the randomness of other pokies. The recreational machines sold mainly use tokens rather than money.

Yamasa is the third-leading supplier of pachislo machines, and in 2010 held an 8.8 percent share of all machines installed throughout Japan. There is a one- to three-year turnaround for machines in Japanese parlors, and old ones are often sold on the foreign market as collector’s items even in Australia.

To convert Pachislo to Quarters

If you have bought or think of buying one of the refurbished models of Japanese pokies machines and want to convert Pachislo to Quarters then do the following steps:

Simply lift the latch to open the coin mechanism and pull the mechanism toward you and slide it to the left to remove it from the door.

Reassemble the coin mechanism and reconnect it into the Pachislo machine and you have a Japanese slot machine that accepts American or Australian quarters.

You can also clean the mechanism and coin hopper while the machine is open.

Convert Tokens to Quarters for a Yamasa

As Yamasa pachislo pokies machines usually accept metal tokens, but you can modify them to accept quarters. Again follow the simple steps to do this

First unplug the machine from its power source. Open the door with the key supplied with the machine and pull it out. You may have to wiggle the door or jerk it upwards to loosen the catch.

Now locate the coin mechanism on the inside of the door, just behind the coin slot on the outside of the machine. Unplug the wires, loosen the screw holding it to the door with a screwdriver and pull it out, rotating it as you do so.

Simply insert a quarter into the front of the mechanism and observe its path as it drops through. The path should be close to one of the sides.

Also clean the mechanism with a cotton swab moistened with rubbing alcohol. Cut both ends off a plastic cable tie with a utility knife, making the cable the same length as the coin path. Glue it to the path with contact cement so that a quarter fits comfortably between the tie and the opposite side of the path without binding or getting stuck. Let the glue set, then reattach the mechanism to the front of the machine and plug it in.

Finally close the door and lock it. The machine won’t operate until the lock mechanism is fully engaged. Plug in the machine and test it by inserting a quarter into the slot. The machine should register the coin by indicating one credit on the illuminated display on the front of the machine.

Note that each operation of the machine requires the insertion of three quarters. If the machine doesn’t register your quarters, you may have to make the coin path slightly smaller.

Again remember that  you need to check whether owning, operating or using a coin-operated pachislo machine is legal in your locale or not.

You can buy all the Japanese kind of pokies machines on sale from EBay or Alibaba or various other Australian local sites that sell these machines.