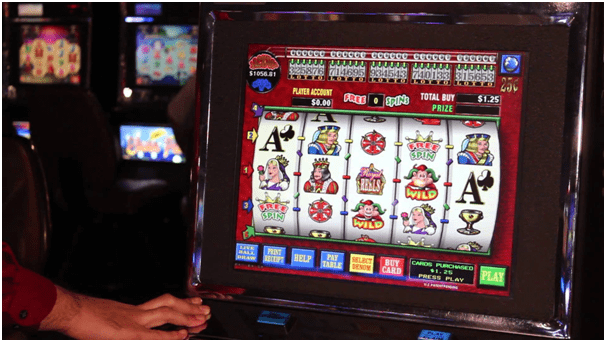 5 Reel pokies are video pokies that often punters love to play at both online casinos and land casinos. These refurbished pokies are often on sale at NSW Australia. These pokies can be played for fun or with real money. 5 reel pokies come from various gaming developers and what Aussies look for top brands like IGT or Aristocrat pokies machines.

What are 5 reels pokies machines?

5 Reel pokies machines appeared long time back to replace the classic 3 reel pokies so that punters can have more fun as these pokies are rich in entertainment. The classic 3 reel pokies are simple and have only limited number of gaming features. Whereas 5 reel video pokies have awesome bonus rounds, special special effects, and advanced features. Now you have not only the wild and the scatter symbols but also the Stacked Wilds, the Symbol Cascades, the Wheel of Fortune, the Expanding Wilds and so far and so on. Remember that  many software providers have their own unique features to make their pokies stand out.

So this shows that 5-reel pokies also look completely different from their 3-reel counterparts. Most of the 5-reel games are video pokies as said above or are 3D pokies made with the high-end graphic and sound technologies. You will find colorful game symbols, bright animations, unique soundtracks and entertaining plots and gaming themes. These 5 reel pokies are more loved by gamers and punters avoid the boring fruit machines just to play 5 reel pokies. 5 reel pokies machines have great stories webbed into the reels. You can enjoy beautiful Cleopatra, Ancient Egypt, African forest or go on a ride to outer space or have adventure with Mermaid millions. Some 5 reel pokies are based on popular movies like Microgaming’s Jurassic Park or DC comics like Wonder Woman, the Star Trek by IGT or the Gladiator by Playtech.

The increased number of reels automatically increased the number of possible winning combinations you can get while playing 5-reel video pokies so these games are more lucrative than the classic ones. Special bonus rounds and mini games can increase your winnings and ring the changes on your gaming process.

These video pokies can be played both with the smallest bets and with the high wagers and what’s even better — you can play free 5 reel pokies online for free on  demo versions for fun or play with real money at casinos.

Where to buy 5 reel pokies machines in NSW Australia?

There are many online stores or sites as you may call that have advertised 5 reel pokies machines in NSW Australia for sale. You can try to find one from gumtree, ebay or you can buy directly from the developer as well.